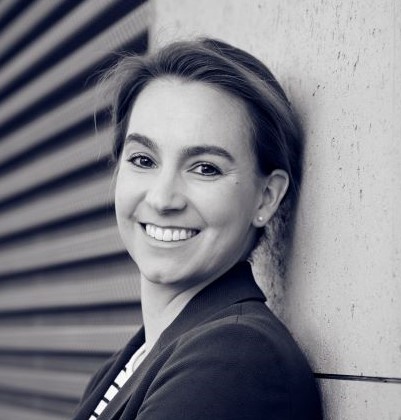 She gives hope to burn victims: co-founder of Cutiss, Fabienne Hartmann-Fritsch grows personalized skin for patients with scars or burns. In particular, children will benefit.

A cup of hot tea can do terrible things to children. “Helping little patients with burn injuries motivated me to join the research team at the Children’s Hospital in Zurich eleven years ago,” says Fabienne Hartmann-Fritsch, 36. Today, the resident of Winterthur is Chief Clinical Officer of Cutiss, a company that develops personalized skin for burn victims.

At first glance, the pink slippery flap doesn’t look like that much. But the small square consists of living skin cells from a patient. Four weeks earlier, a piece of skin the size of a postage stamp was removed from a burn victim in the hospital using a kind of peeler.
Thereafter it was nourished with a kind of broth and attached back together with collagen. “This way we can enlarge the original piece of skin up to 100 times.”

According to biologist Hartmann-Fritsch, approximately 50 million people worldwide suffer severe skin damage from burns, disease or surgery – 30 percent of whom are children. “Although it is possible to transplant skin today, the results are not satisfactory.” The affected affected areas may well heal, but severe scarring often remains. “Because scars do not grow with the patient, children in particular suffer. They have to go to the hospital again and again, need a lot of care and psychological support.” Cutiss’ skin is different. A three-year-old child, for example, received the transplant, he said, and it has grown with him ever since.
Hartmann doesn’t have any children herself, but her co-founder and CEO, biotechnologist Daniela Marino, 38, does. When the two founded the startup Cutiss in 2017, she was heavily pregnant, and their second child was often present in meetings. “At first, we didn’t even notice that women founders were rare,” Hartmann-Fritsch says. It was only at startup conferences – Cutiss wins the Female Innovator of the Year Award, among others – that the two realized how underrepresented their gender is. Today, 50 percent of their 21-person team are women.

The goal of the two is to bring their product, which is currently being tested at the University Hospital, the Kispi and in Holland, to market in three years. For that, however, automation is needed. “It makes us proud that the research that started in Switzerland will probably soon help injured people worldwide.”