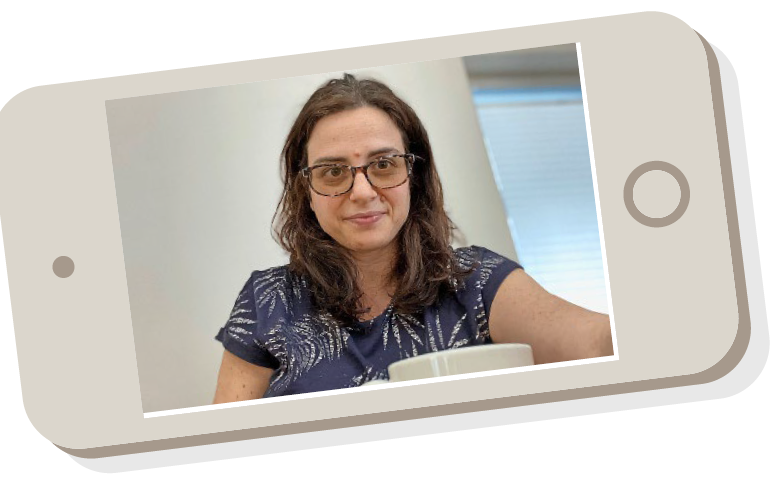 Daniela Marino likes her espresso macchiato hot and strong. The company she runs, Cutiss, is also in a hot phase. Due to time constraints, the CEO, who is originally from Italy, usually drinks her coffee at the office, which is located near the University of Zurich. That’s where Cutiss’ human skin production technology was originally developed.

Worldwide, at least fifty million people suffer from large-scale skin injuries every year. The standard treatment today is to take skin from a healthy part of the body and place it on the injured area so that it grows back and closes the wound. Thus, an additional injury is created, which can also leave its scars. This is where the Cutiss procedure is supposed to provide a step forward. Only a small skin biopsy needs to be taken. It is taken apart in the laboratory, the cells obtained from it are reproduced and then combined with a collagen hydrogel to form a new type of skin substitute. Cutiss is thus in a similar category to manufacturers of cell therapies, in which body cells are also removed, manipulated and reintroduced.

In a Phase I study, denovoSkin was successfully tested for safety in ten patients at the Children’s Hospital of the University of Zurich. Swissmedic, the EU’s Medicines Agency (EMA) and its US counterpart, the FDA, have granted denovoSkin orphan drug status. This would mean that the product would enjoy longer market protection and could also be approved more quickly.

First, however, Phase II studies are needed in which the laboratory-produced skin is tested not only for its safety but also for its efficacy. These studies are already underway in Switzerland and the Netherlands. They are expensive and are expected to last until 2022, so Marino is looking for additional funding worth CHF 30 million, she says, adding that some existing shareholders are willing to participate in the capital increase. “But we are also looking for new shareholders, and we especially need a long-term anchor investor who would contribute several million and support our vision,” Marino explains. The 38-year-old studied biotechnology in Milan and completed her doctorate at the ETH. As part of a post-doctorate at the University of Zurich, she then worked with the Tissue Biology Research team on the cultivation and production of personalized skin. After initial studies on humans turned out positive, it made sense in 2017 to found a start-up for further development.

The work in the lab is just the beginning. “The breakthrough for this technology will only come when we succeed in automating the manufacturing process,” Marino is convinced. Her company is thus entering the world of mechanical engineering. To this end, she has brought competent partners on board in the form of the engineering company Zühlke and the Centre Suisse d’Electronique et de Microtechnique.
Innosuisse is supporting the development with just under CHF 1 million. Cutiss has already raised a total of CHF 21 million, including CHF 3 million from the European Union and CHF 5 million from Wyss Zurich, the incubator of the University of Zurich and the ETH founded from a donation by Hansjörg Wyss. Cutiss thus moves between biotech, surgery and process automation. “That doesn’t make it any easier for us to find investors,” Marino admits. But she is confident that she will soon have the necessary funds together. This is despite the fact that the current situation surrounding the coronavirus is also causing investors to be cautious.
If the results of the Phase II trials are good, Cutiss could already submit a marketing authorization application for denovoSkin. The green light from regulators could follow about a year later. Primarily, burn victims would benefit. In addition, reconstructive surgery after other accidents or, for example, reconstructive surgery to remove a large mole would also be important. According to Cutiss’ estimates, this alone would represent a market (Europe and the USA) of CHF 2 billion.

In contrast to existing products, Cutiss’ skin is thicker, consists of the patient’s own cells and contains both a dermal and an epidermal skin layer, allowing it to attach better and wounds to heal better. This also leads to less scarring. This is a factor that should not be underestimated, because many patients suffer psychologically for the rest of their lives from disfigurement caused by their injuries and subsequent treatments.

The greatest challenge for Marino is the upcoming growth spurt of her company, which currently employs twenty people. The company’s own research and development center and a production facility are being built in the Biotechnopark in Schlieren. “We still need at least ten new employees,” says Marino. She has long since finished her espresso macchiato. She looks at her watch and says a friendly goodbye.

She gives hope to burn victims: co-founder of Cutiss, Fabienne Hartmann-Fritsch grows personalized skin for patients with scars or burns. In particular, children will benefit.

A cup of hot tea can do terrible things to children. “Helping little patients with burn injuries motivated me to join the research team at the Children’s Hospital in Zurich eleven years ago,” says Fabienne Hartmann-Fritsch, 36. Today, the resident of Winterthur is Chief Clinical Officer of Cutiss, a company that develops personalized skin for burn victims.

At first glance, the pink slippery flap doesn’t look like that much. But the small square consists of living skin cells from a patient. Four weeks earlier, a piece of skin the size of a postage stamp was removed from a burn victim in the hospital using a kind of peeler.
Thereafter it was nourished with a kind of broth and attached back together with collagen. “This way we can enlarge the original piece of skin up to 100 times.”

According to biologist Hartmann-Fritsch, approximately 50 million people worldwide suffer severe skin damage from burns, disease or surgery – 30 percent of whom are children. “Although it is possible to transplant skin today, the results are not satisfactory.” The affected affected areas may well heal, but severe scarring often remains. “Because scars do not grow with the patient, children in particular suffer. They have to go to the hospital again and again, need a lot of care and psychological support.” Cutiss’ skin is different. A three-year-old child, for example, received the transplant, he said, and it has grown with him ever since.
Hartmann doesn’t have any children herself, but her co-founder and CEO, biotechnologist Daniela Marino, 38, does. When the two founded the startup Cutiss in 2017, she was heavily pregnant, and their second child was often present in meetings. “At first, we didn’t even notice that women founders were rare,” Hartmann-Fritsch says. It was only at startup conferences – Cutiss wins the Female Innovator of the Year Award, among others – that the two realized how underrepresented their gender is. Today, 50 percent of their 21-person team are women.

The goal of the two is to bring their product, which is currently being tested at the University Hospital, the Kispi and in Holland, to market in three years. For that, however, automation is needed. “It makes us proud that the research that started in Switzerland will probably soon help injured people worldwide.” 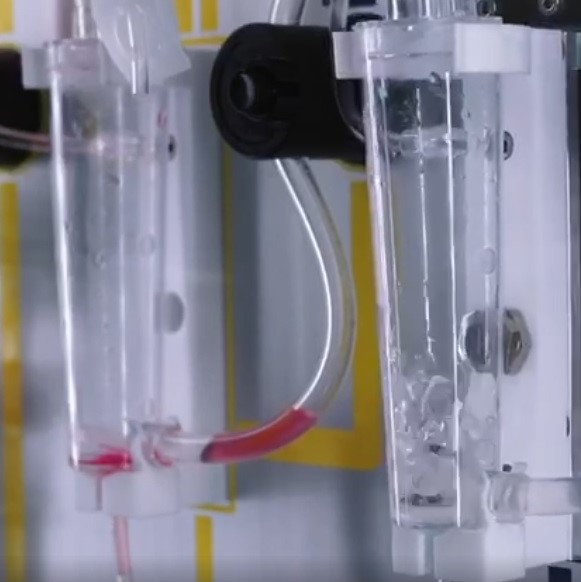 Here is how we scale up our production. In collaboration with Zühlke Engineering AG